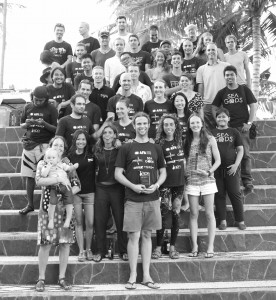 The inaugural Australian Depth National Championship has now finished, with great success. The event was the first depth based Freediving competition for Australian freedivers in recent times and was hosted by the AFA and Apnea Bali on the beautiful east coast of Bali over 27-29 of August. The calm waters of Tulamben have some of Indonesia’s most sought after dive sites and accessible depth making it an ideal location to host this event. The event was made up of competitors from Australia, Indonesia and all over the world. It was excellent to see a wide range of levels competing, meaning it was the first competition dive for many of the entrants.

Michael Bates was named as both overall winner and Australian winner of the Australian Depth National Championships. Bates is not only the Australian freediving associations president but also the main competition organizer. “I did a lot of the organising, but, most of the on-the-ground logistics was handled by Apnea Bali who did a fantastic job. The competition ran like clockwork, which is a phenomenal achievement,” says Bates. 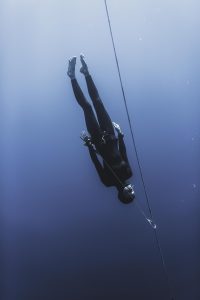 The freediving community’s eyes were pointed toward Tulamben on the first and last day of competition as New Zealand’s gentle giant of freediving, David Mullins announced a world record breaking attempt of 129 meters constant weight. “Having Dave Mullins announce a World Record two times in the competition, in our set up, meant a lot to us,” says Apnea Bali owner Julia.

“The success of this year’s competition has shown the enthusiasm there is in the freediving community for this event and we now have a template with which to move forward.” Competition organiser Bates hints that we can expect to see this event reoccurring on a yearly basis.