Honorary Life Membership is the highest honour that the AFA can bestow on an individual. As such, it is a distinction not regularly awarded which gives recognition to those who have made an outstanding contribution, and in doing so have made an extremely positive impact on the sport of freediving. The sport is made up of athletes, coaches, judges, volunteers, and more. Therefore, Honorary Life Membership must represent much more than holding a particular office and fulfilling the responsibilities of that office. The contribution must be diligent, extraordinary, and significantly above and beyond what would be ordinarily expected within the freediving community.

An outstanding contribution to the sport of freediving is one which:

In addition to the above, consideration may be given to the extent to which an individual’s impact extends beyond a single location. Finally, the nominee must have demonstrated exceptional personal ethics and behaviours which align with the AFA’s values and principles, reflected in their positive reputation and standing within our community. Whilst it is not expected that Honorary Life Members continue their outstanding contribution to freediving in perpetuity, Honorary Life Members are required to maintain their exceptional personal ethics, values and behaviours in order to continue their Honorary Life Membership.

Nominations for Honorary Life Membership of the AFA addressing these criteria may be submitted to the AFA Board by an AFA member, and the suitability of the individual for the award shall then be considered by the AFA board as per the AFA Constitution. A candidate should ordinarily be nominated a minimum of 8 weeks before the Annual General Meeting for the AFA Board to make a determination and, for suitable candidates, present them for member consideration at the AGM. 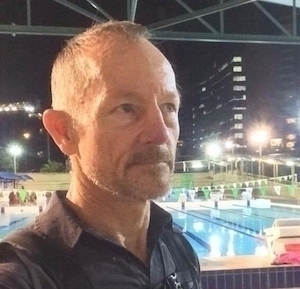 Over the course of approximately two decades, Wayne Judge has made an exemplary contribution to the Australian freediving community. He started in the sport in the late 1990s and soon commenced his many years of voluntary service to freediving. The earliest years of competition freediving in Australia were closely intertwined with spearfishing; indeed, whilst Wayne served as President of the North Shore Underwater club, he co-founded Sydney Freedivers, spotting local breath-hold talent and growing the club from the bottom up. Wherever Wayne has travelled, freediving clubs and competitions have flourished, with vibrant communities forming not only in Sydney but also now in Brisbane with the founding of the Brisbane Bullsharks. His support was also given in Gladstone (Curtis Coast Freedivers).

As well as being a long-time contributor to AFA clubs, Wayne has also served at a national level as an administrator as the President of the AFA in 2013. At a practical level, his service to the sport has been on display as an AIDA Judge, a mentor, and a coach. Wayne has guided athletes to over 8 National records and produced many more nationally and internationally competitive performers. However, it is Wayne’s trademark enthusiasm, love for the sport, and continuing commitment to teaching which has inspired a generation of Australian freedivers, leading to service awards for coaching from the AFA (2014 and 2019), as well as an international nomination for excellence in coaching (2012). Wayne’s relentless pursuit of breath-hold education for all underpins his outstanding service to the sport, which has made our community both stronger and safer.