For the purposes of this competition, Pan Pacific countries are those nations that have a coastline on the Pacific Ocean, and/or are part of a continent around the Pacific rim. So, countries in Asia, North America, Central America, and South America are considered Pan Pacific countries. This includes countries such as Russia, Iran, Singapore, and Argentina. Athletes from overseas territories of the Pacific (e.g. New Caledonia) are considered Pan Pac athletes if they are a citizen of the governing State and either 1) they were born the in the territory, 2) at least one parent or grandparent was born in the territory, or 3) they have resided in the territory for at least 2 years.

Pan Pacs was live streamed, and the footage has been archived on the AFA’s youtube channel.

In the women’s the winner was New Zealander Kathryn Nevatt with 238.5 points, with Australia’s Lucja Nowowiejski second on 165.2, points and Singapore’s Michelle Ooi third on 160.4 points. 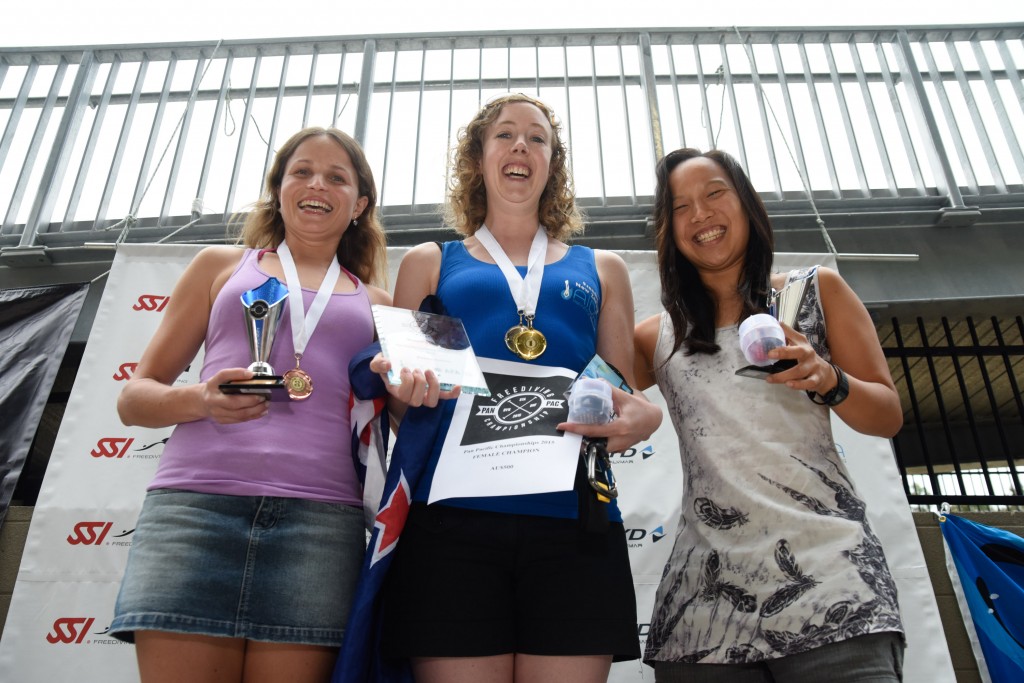 In the men’s division the winner was Russian Alexey Molchanov with 295.2 points. Second and third was a New Zealand affair, with Ant Williams claiming second on 273.7 over Chris Marshall on 269.5. 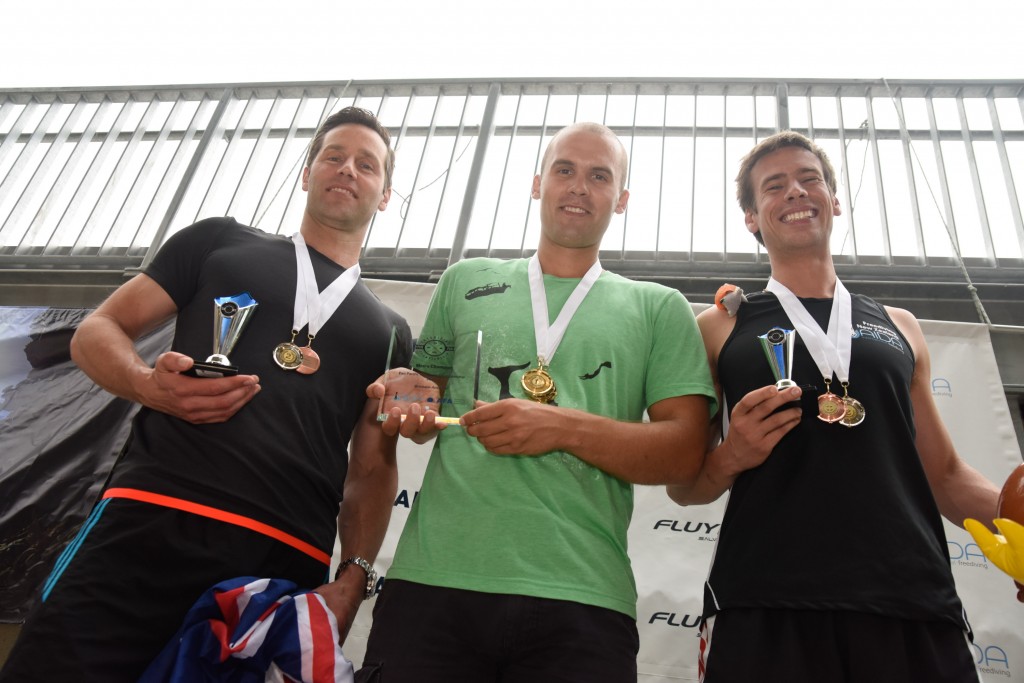 Country overall
There was also a competition for the best Pan Pac country. This was calculated using the best three performances for each discipline from each country (where a minimum of one performance in each discipline had to be by a female). New Zealand was the convincing winner with 781.7 points, followed by Australia with 685.7 points, and relative newcomer Singapore with 510.7. 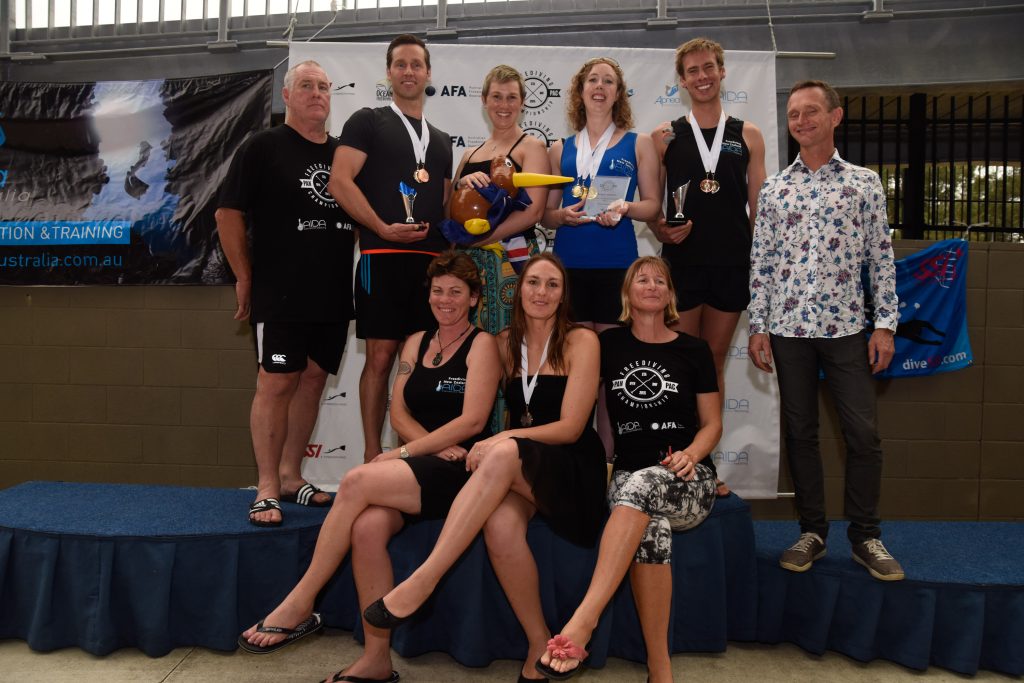 Kathryn Nevatt of New Zealand won the women’s division with a performance of 6min 50sec, with Aussie Amber Bourke coming in second with 5min 35sec, and Singaporean Michelle Ooi getting 4min 37sec. 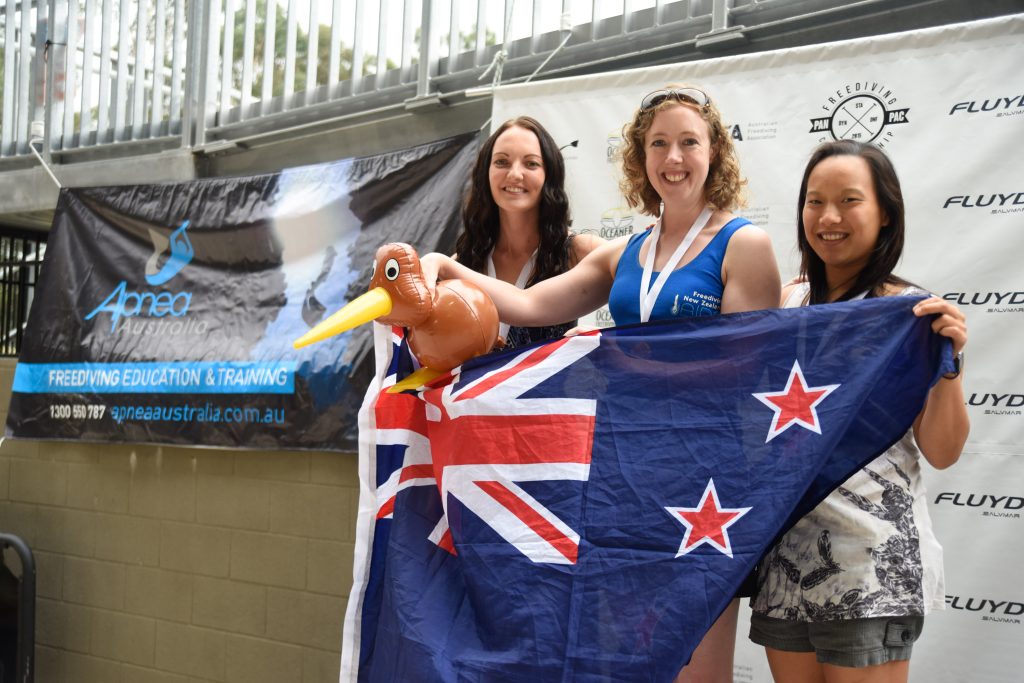 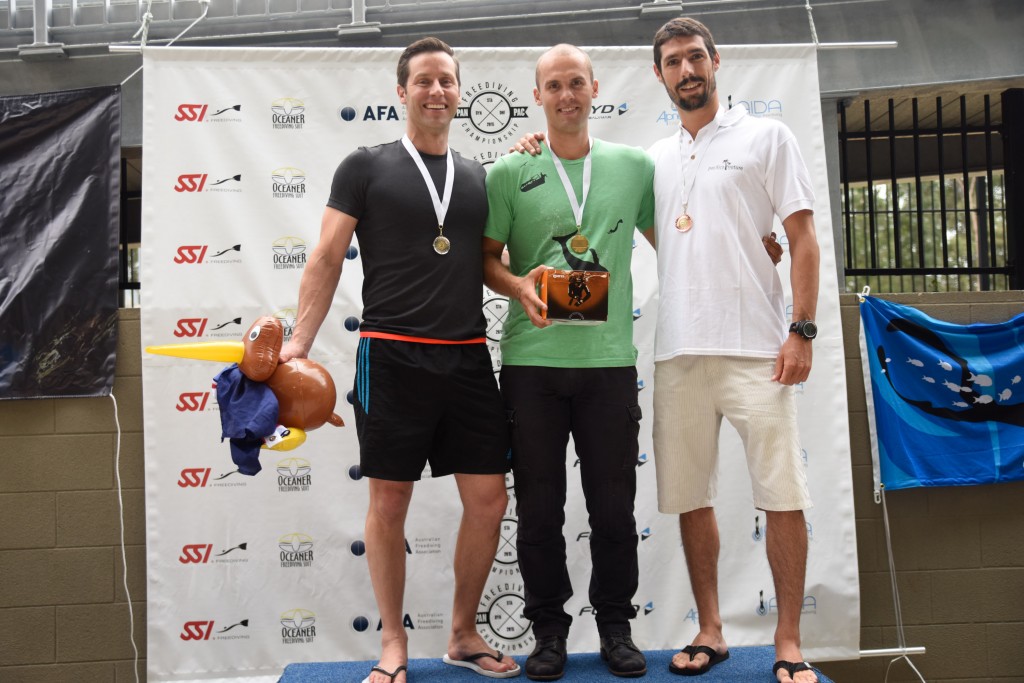 Kathryn Nevatt of New Zealand also won the no fins discipline with 141m. Gemma Cookson, also of New Zealand, came second with 114m, and Lucja Nowowiejski of Australia rounded out the top three with 110m. 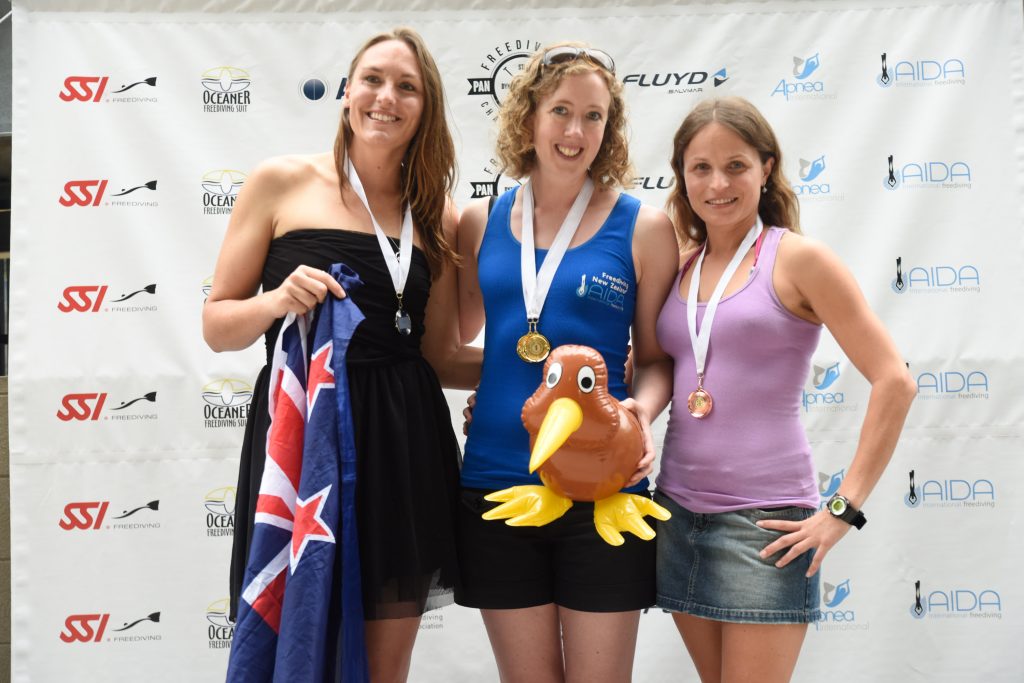 Aussie Leigh Woolley won the men’s dynamic no fins discipline, and in doing so set a new Australian record of 184m. Never far from the pointy end of the field, Alexey Molchanov of Russia came second with 164m, and New Zealander Chris Marshall came third with 159m. 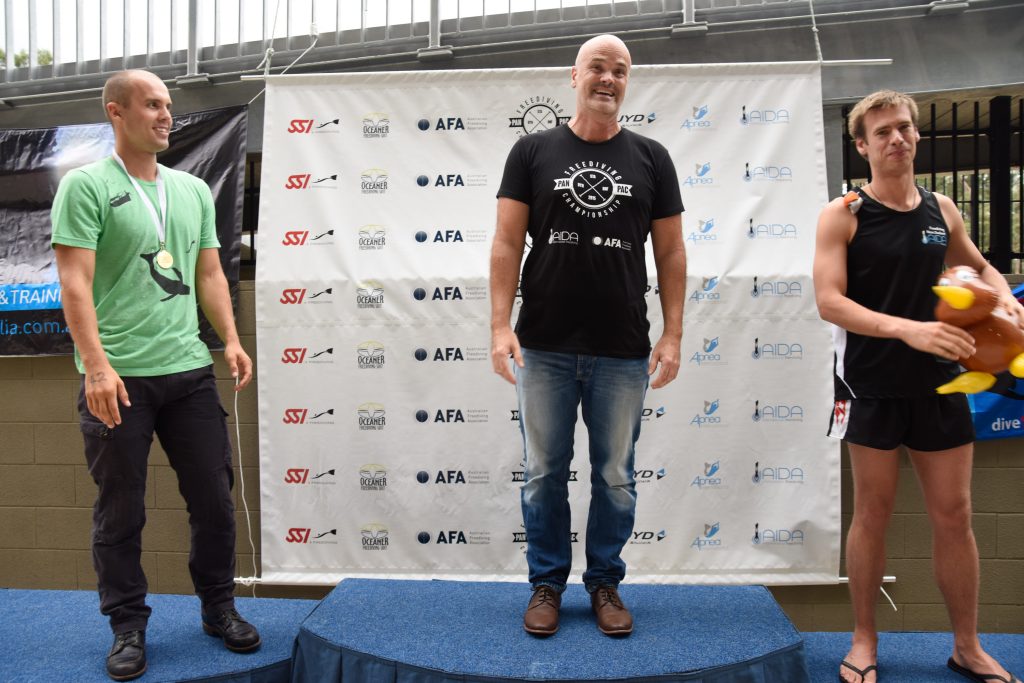 The final day for the women brought a new discipline winner in Australia’s Amber Bourke, who did 183m, with New Zealand’s Kathryn Nevatt not far behind on 172m, and China’s Jessea Lu doing 157m. 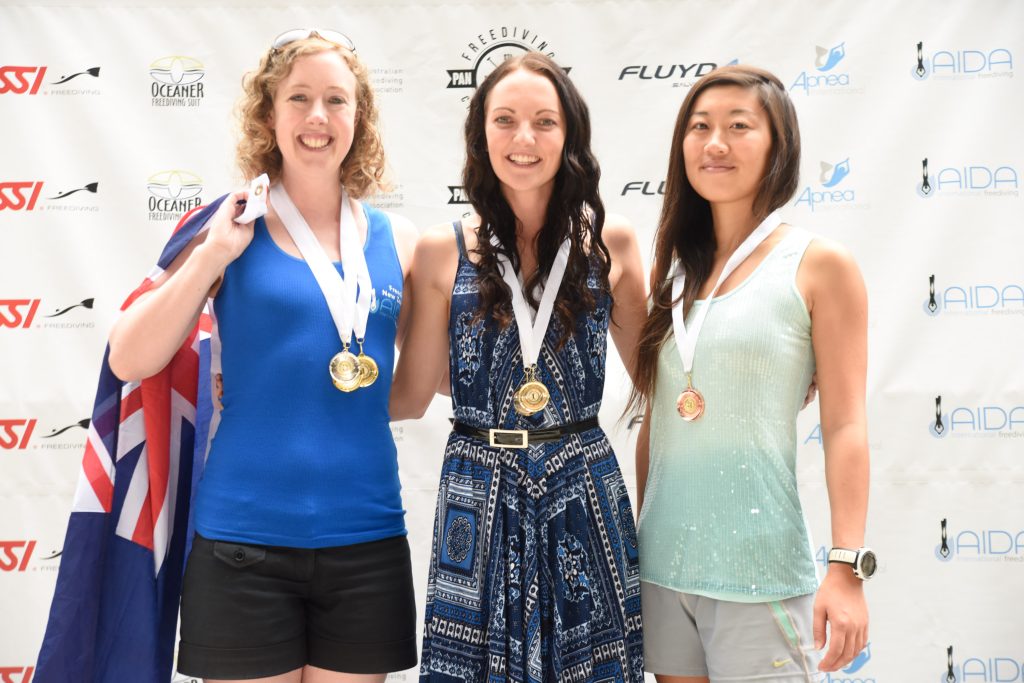 For the men it was some familiar faces, with Alexey Molchanov of Russia swimming 236m to judge edge out New Zealand’s Chris Marshall who set the early benchmark for the day of 230m. Fellow Kiwi Ant Williams put in a strong display to get 223m to get third. 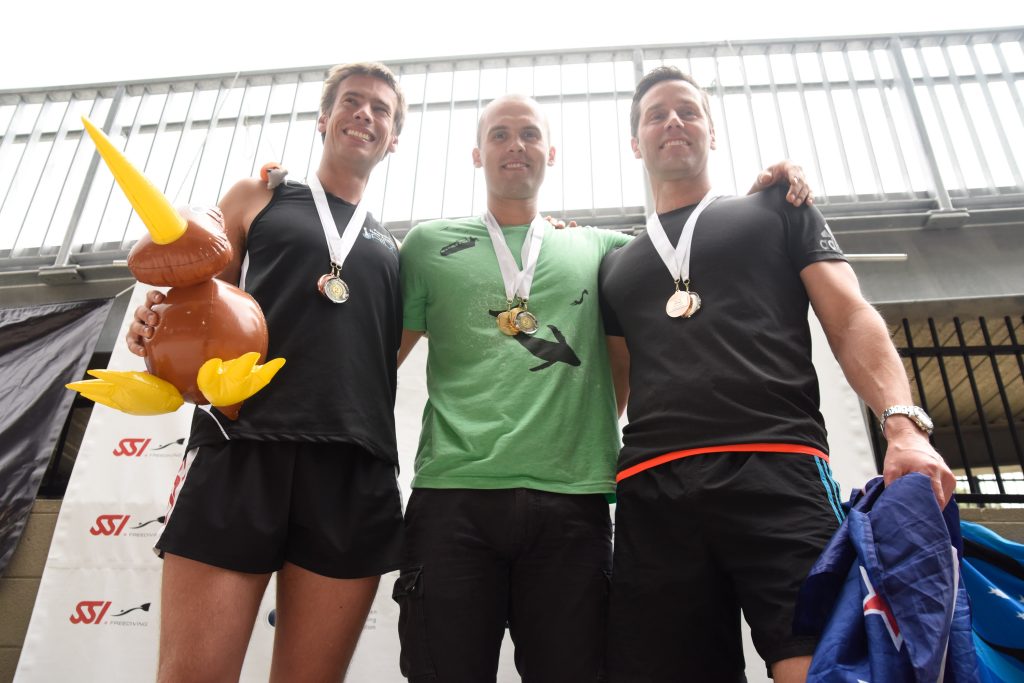 There were a slew of National Records set at Pan Pacs!

The organisers are extremely grateful to the following sponsors for their support.
Platinum Sponsors 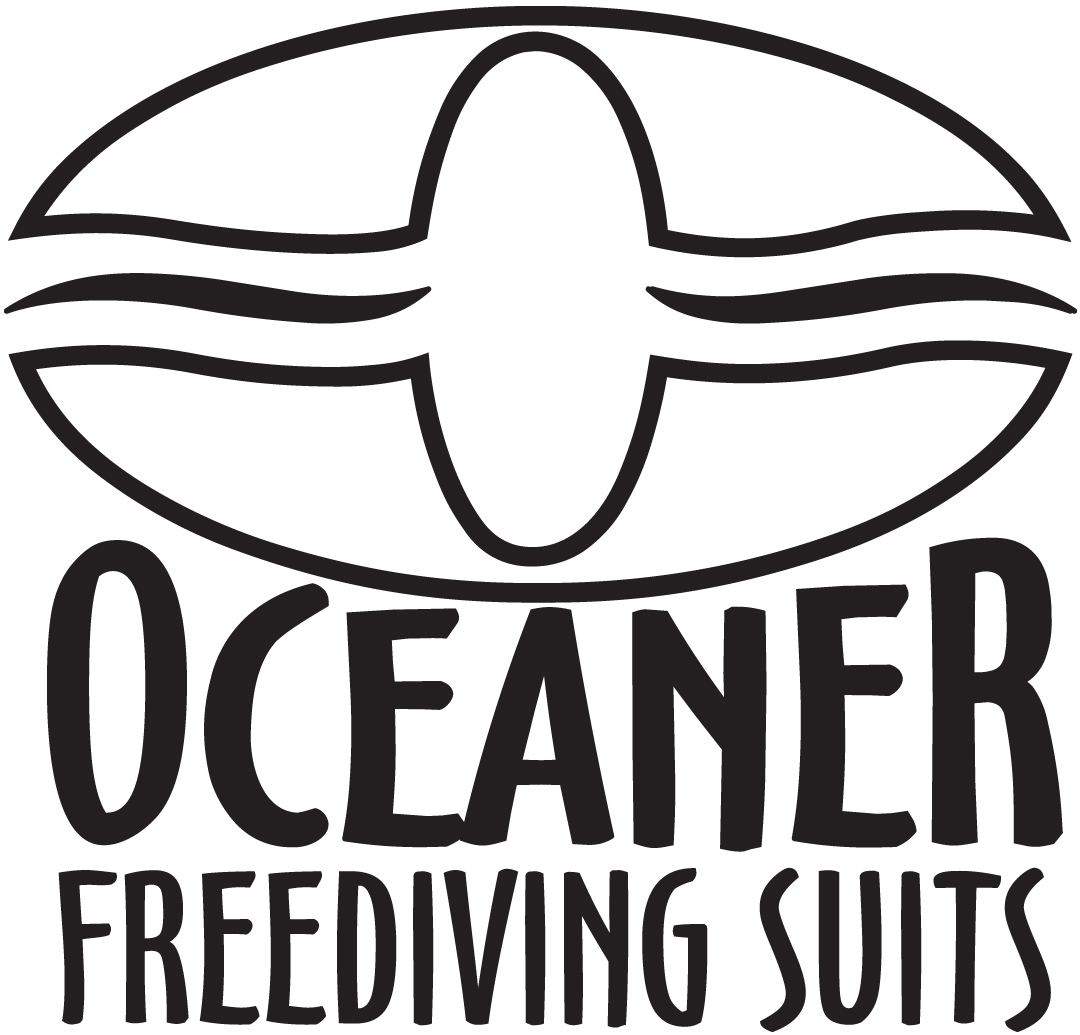 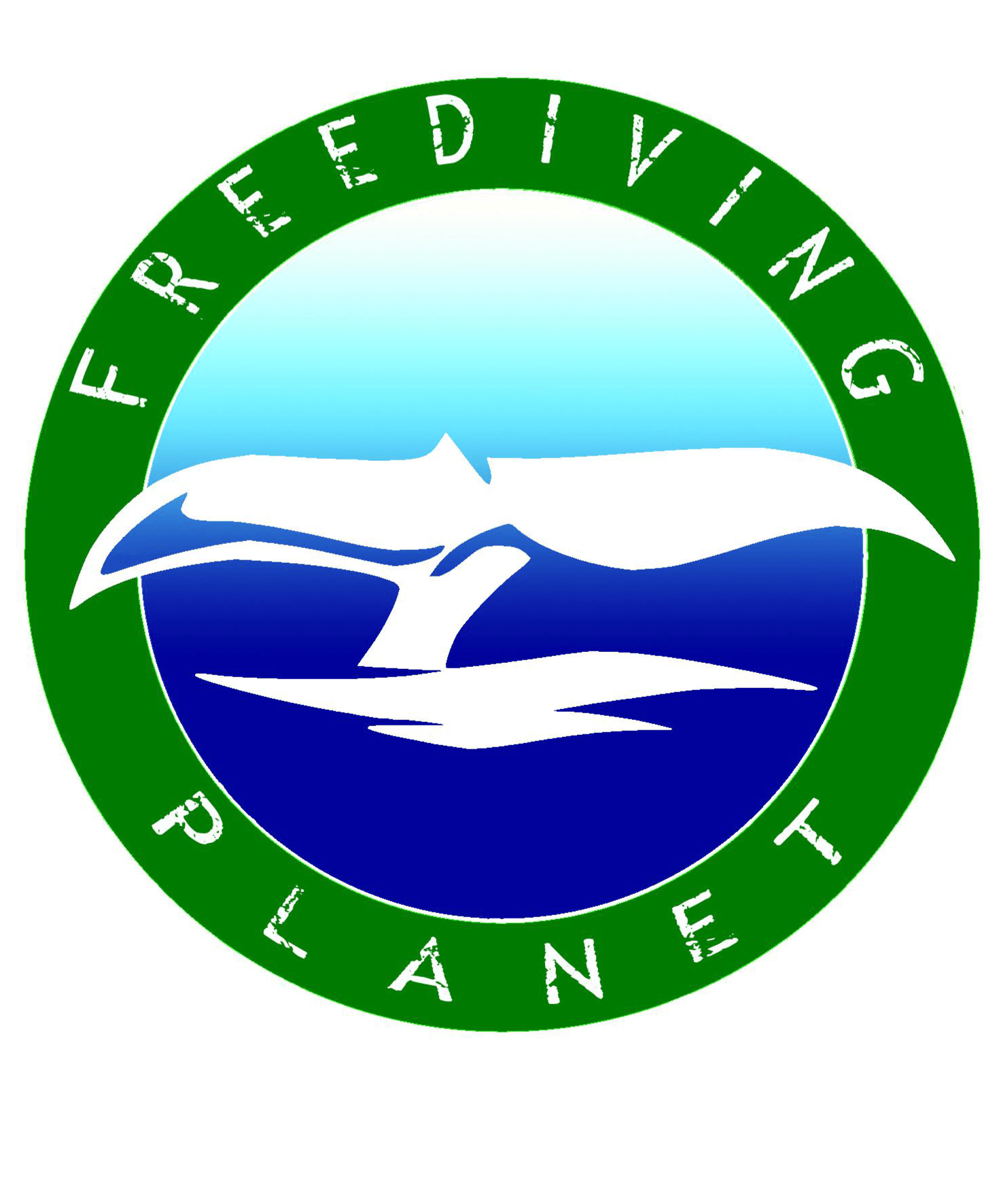 Out of Competition Events

Pan Pacs is more than just a competition, events outside of competition were run so that everyone involved had the opportunity to learn and develop. The events run were: 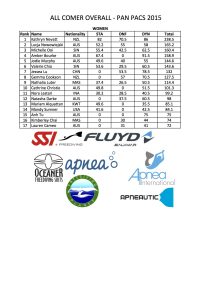 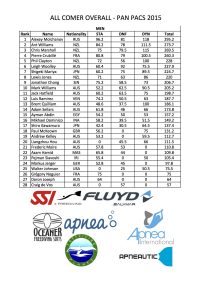 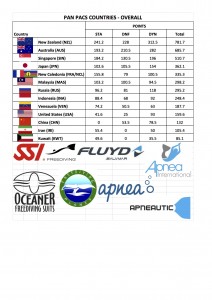 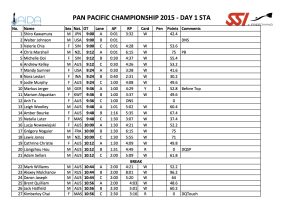 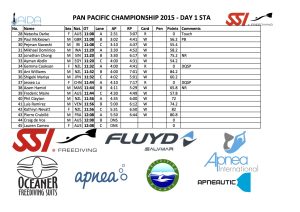 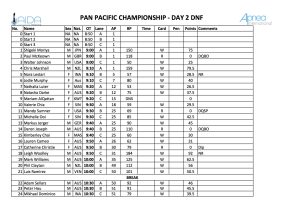 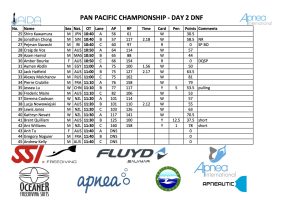 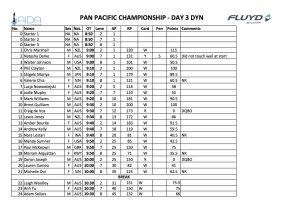 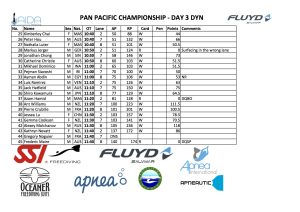