The Pan Pacific Freediving Championships have officially kicked off the afternoon of the 25.11.15 at the Brisbane Aquatic Centre, in Queensland, Australia. The opening ceremony saw Freediving prowess from all around the Asia Pacific region. Athletes have traveled from a variety of places including New Caledonia, China, Indonesia, New Zealand, Japan, Malaysia, Singapore and Venezuela. 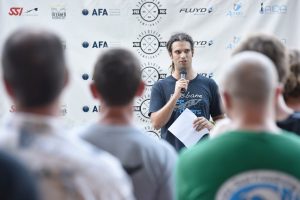 The competition is an inaugural event, of great proportions and will be the biggest Freediving competition ever held in Australia! The Brisbane Aquatic Centre was built for the Commonwealth games in 1982, and features and Olympic standard 50m pool.

The three day event will be a world record status competition for all pool disciplines; static apnea, dynamic apnea and dynamic apnea with no fins.

Competition organiser and Australian Freediving Association President Michael Bates noted at the opening ceremony that a competition of this scale is a rare and exciting opportunity for Freediving athletes from countries in Oceania. Athletes have also arrived from around the world, including but not limited to world record holder Alexey Molchanov. 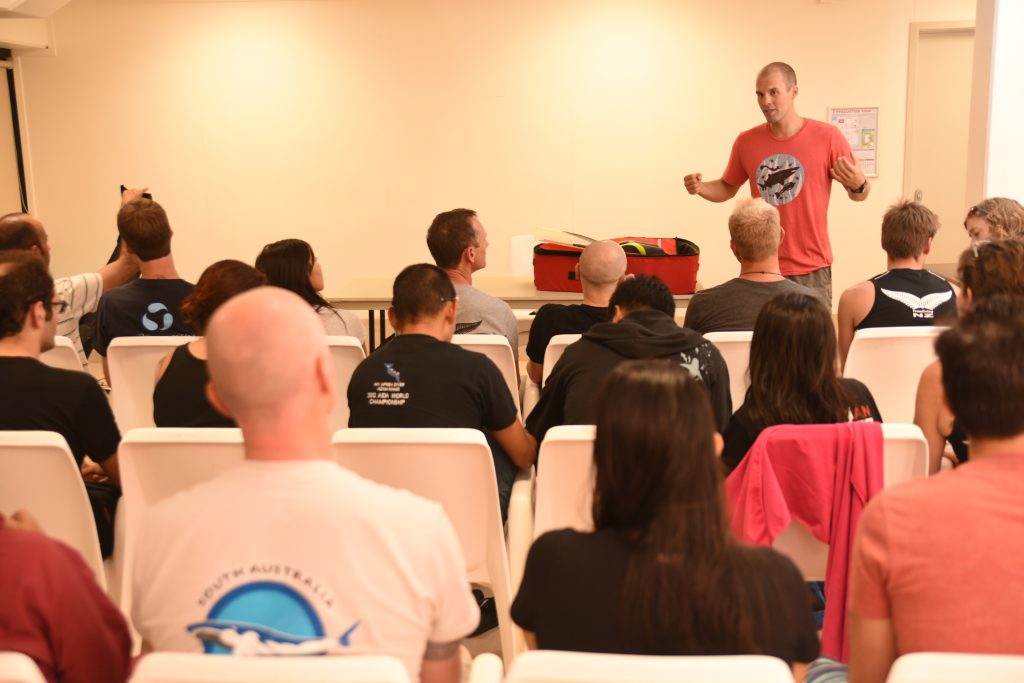 Alexey Mochanov during his workshop on Freediving equipment. One of the many workshops and presentations put on as part of the Pan Pacific Freediving Championships. Photo by David Peart

You can see the live stream of the event here.https://www.youtube.com/channel/UCwlWZldYOIf-8-VdH0Bwqmg