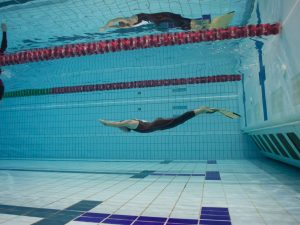 The Australian Freediving Association (AFA) and Freediving New Zealand (FNZ) are very excited to announce the inaugural Trans Tasman Team Challenge in Auckland from 2-6 August. The Trans Tasman Team Challenge brings the great sporting rivalry between Australia and New Zealand to Freediving by pitting two mixed gender teams of four from each country. The winning team will be determined by the aggregate points of all team members across the three pool disciplines. The competition will be held biennially and the two countries will take turns hosting the event.

In parallel to the Trans Tasman Team Challenge, there will be a club-based competition, which AFA and FNZ affiliated clubs are invited to participate and compete. AFA clubs are strongly encouraged to send teams to Auckland – please contact the AFA for more information.

There will be two mixed gender teams of four from Australia. At least one person from each team must be female, and there must be a minimum of three female athletes across the two teams. Applications for selection are now open (please follow this link to fill out the electronic application form), and closes on the 30th of April. The selection event for the Australian teams is the 2016 Australian Pool National Championship in Sydney (6-8 May). Applicants will be contacted soon after pool nationals to confirm their selection status. Athletes who are selected will be expected to make a rock solid commitment regarding their attendance at that point. Special consideration may be granted to those who are unable to attend the selection event (see below for further details).

Apply for the Australian team here

If an athlete is unable to attend Pool Nationals, they must provide good reasons as to why they cannot attend, and they must provide an alternative selection event that took place in the 12 months prior to 2016 Pool Nationals. The alternative selection event must include static apnea, dynamic apnea without fins, and dynamic apnea. If special consideration is granted by the AFA Board, the same selection criteria will be applied to the athletes nominated selection event (i.e. the athlete will be ranked based on aggregate points from the three disciplines).